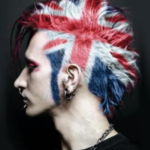 As has been remarked upon already, Brexit will force you to carry a passport and be subject to immigration control at the UK border like the generality of foreign citizens who have no special privileges in respect of admissibility to England’s green and pleasant land. I say England rather than Great Britain or even the United Kingdom, because UK immigration control is based essentially upon an English attitude towards foreigners and an English tradition in keeping their numbers under control. Furthermore, as you know, England’s northern appendage, Scotland, has no wish to impose Brexit immigration controls but is dragged into doing so, just as it was dragged into leaving the European Union, where it was perfectly happy to be. In England, on the contrary, one of its periodic outcries against foreigners and all their works created a demand for something to be done about them. Hence the 2016 Brexit referendum and the the English decision to send you all packing and subsequently to keep you from interfering in English affairs ever again.
END_OF_DOCUMENT_TOKEN_TO_BE_REPLACED