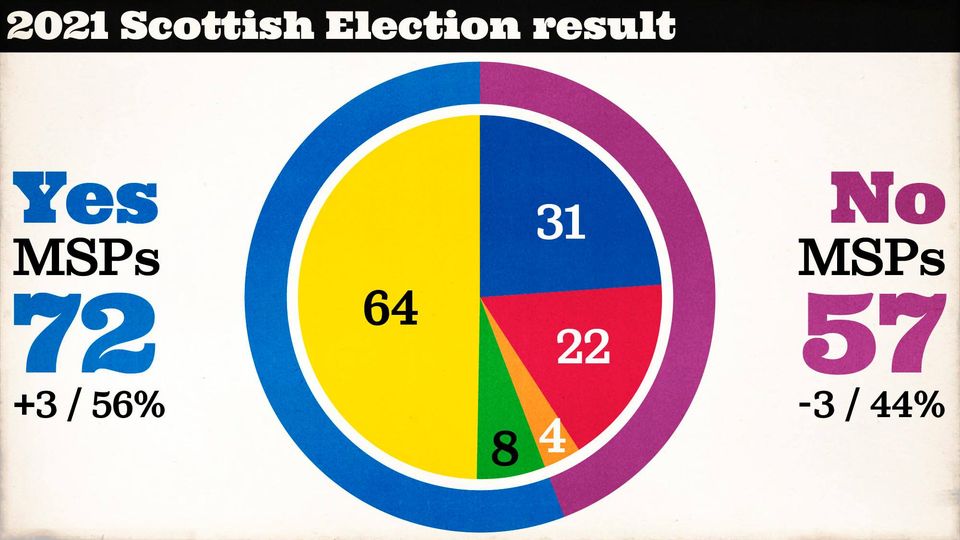 The results of the Scottish Parliament general election are essentially as follows:

Consequently, the Scottish Government intends to introduce legislation to allow an independence referendum to take place after the current public health emergency, probably in the spring of 2022. This legislation will clearly be passed. What then? No one knows.

When asked this morning on the BBC if Scotland is allowed to leave the United Kingdom, a UK Government minister (Michael Gove) replied that of course it is. When asked how, he said that that would be by means of a referendum, which he claimed that the people of Scotland are not clamouring for.

In Scotland facts are incontrovertible. In England they are what the Tories say they are.